Let’s take a minute to travel a little bit back in time.  When we were twelve, during our first years of high school, our final years in mandatory education, we looked up to those ‘big kids’ graduating and going onto something much more than ‘school.’  Onto somewhere more free without having to sit through Mrs. Chapman’s double math across second and third period or soggy sandwiches in the cafeteria.

No, these ‘big kids’ were saying goodbye to all this. They were leaving school, and a lot of them were heading to somewhere called ‘university’ (something, we’d later go onto learn, consisted of more double class sittings with someone who looks worryingly like Mrs. Chapman, and a whole lot more soggy sandwiches).

We looked up at those going onto to study at university with admiration and envy, wondering what it would once be like to take on the world as a ‘university student.’ Alongside this awe came the thought of how these students must be exceptionally clever, incredibly brave and impeccably well organized individuals. The worry about meeting submission deadlines had already started. 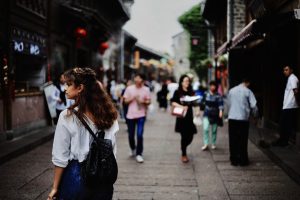 We all had our best friend’s big sister who was in her second year at university in Edinburgh, Hertfordshire or Sussex who we heard was working three jobs as well as balancing four submission deadlines and studying for her final exams. Now this wasn’t enough to put us off wanting to embark on the adventure, which started with a monstrous UCAS application and a few late nights worrying over our personal statements, but it definitely made us dread those deadline submissions before we even had university student status. When the time came and we were fully enrolled at the university of our choice, we collectively started to realize that being conventionally clever wasn’t what you needed to succeed. What you did need was a touch of confidence, a dash of hard work and not forgetting that daily caffeine boost. With all this, you could be well and truly be on your way, to success. University, after all isn’t only for those conventionally clever folk. Being creative or talented or driven, after all, are all branches of intelligence.

As our time at university started, we began to dive into the matter of our course subject, whether it was biology or beauty, economics or equestrian, we began to engage and to learn. Over the course of the first term we were ambitious freshers, finding joy in the new experiences both in and out of class. We were free from school and from parents. We were enjoying fully studying the subject we wanted to put our time and energy into.

We began to realize that maybe what we’d heard about our best friend’s ‘big sister’ from when we were twelve may have been exaggerated, stretched and misconstrued. Our term had flown by and before we knew it, our first degree submission was completed. Remarkably, the stress levels we had expected to reach sky high were actually pretty minimal. Our Mum’s were stressing more about whether we were eating enough of each of our food groups and using the allergen free laundry detergent that had been packed for us. 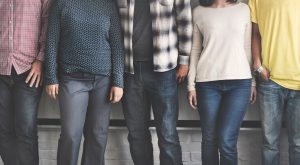 Yes, our first degree submission had been completed almost with ease and that was a great feeling.  After clicking that little icon to upload and send the essay, report or creative piece we’d actually somewhat enjoyed immerging ourselves into, we breathed a sigh of relief. (phew.)

For me, I found relief in actually being able to apply the knowledge I learnt studying a similar subject at school to what I was writing here at university. We’re always told that ‘there’s a big gap’ ‘a big jump’ between high school or college and university. We’re made to believe that the studying that’s undergone at uni is a lot more complicated and a lot harder. I mean, don’t get me wrong it is of course at a higher level but that’s not to say we can’t use the knowledge we have of our chosen subject, in our chosen field to our advantage. That’s what I did.

And I have to say… it worked. I found the humor of my first degree submission in this relief. When you take on the momentous task of becoming a university student, you’re not out there alone. Using skills and applying knowledge you already have is okay. Believe me, it will make the task of completing you first second and last submission so much easier that you’ll be laughing.

You’ll be able to say that your first uni deadline was met with ease. You’ll realize that your best friend’s big sister’s story turned out to be totally untrue. You’ll be able to laugh back at the misconceptions you had towards university. That’s the humor you can find in your first university submission. With a little bit of time and effort, it’s easier than you think. I promise.