Everyone has their own journey at university. A logical statement and quite self-explanatory but in my defence this was something that took me a while to adjust to. Let me explain.

Thoughts that had been tucked away somewhere deep in my subconscious for the past several years come rushing back. Thoughts which had crippled and gnawed away at my self –confidence. At my self-esteem. Throughout first year of med school, I had believed there had been a mistake in the system. That I was their mistake. That they had meant for someone else to be there. And believe me when I tell you that this was no comforting feeling. The nightmare that one day soon I would receive an email explaining that there had been a mistake and that they had meant for someone else to be there, was often fresh in my mind. This belief had originated from the fact that for the first time (in a very long time) I was no longer at the top, or even in the top decile for that matter. It was a frightening feeling, to say the least. The feeling that I was in there to fulfil a quota or something taunted me often. That I was not good enough. 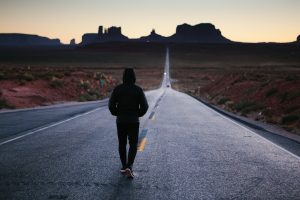 Sitting there in the lecture theatre looking around me – everyone seemed more accomplished. Everyone seemed to know more – often times beyond the specification material. Some had already had their works published. They were in this research or that research group. They were under-taking this and that project. By focusing on the greatness of others, I had neglected my own self-development and as a result had made myself small. Instead of focusing on taking incremental steps towards progressing towards a desired chosen goal, my attention was instead fixated on what others were doing. Yet, as awful as this experience was I wouldn’t label it as being tragic. Life is full of blessings or lessons. Either way there is something to gain or learn from. More importantly this experience has taught me an instrumental lesson, which is often quoted but somewhat difficult to live by. Do not compare yourself to others. Period. 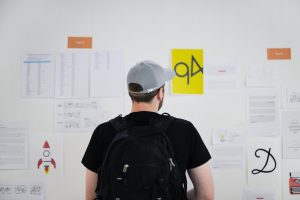 The fact that my self-critical and disparaging thoughts had persisted for as long as they had, is an acknowledgement of the fact that I had failed to recognise them sooner. There is nothing more stressful than ignoring something that you are acutely aware requires working on but you resist taking action. The feeling just scratches away on your frontal cortex, like a squirrel digging away to find its winter nuts.

The point I am trying to illustrate is that the feeling is forever at the forefront of your mind but instead of doing something about it you’re repelling it. You’re trying to drown it away with relaxing/distracting activities, trying to forget about it. I guess this too can be likened to closing the door on a bulging store cupboard, everything in disarray and ready to tumble out as soon as someone or something opens the door. If I could go back in time and relive first year again, I would ensure to be less hard on myself. Be more accepting of the big step that university is. Allot time for particular activities so as to have a clearer idea of what to do throughout the week. Embrace problems and figure out ways to resolve them, preferably as soon as they arise.

In brief, everyone has their own journey at university. The sooner you realise this, the better off you will be for it.